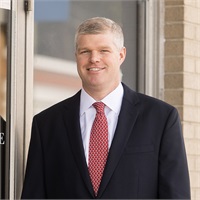 Jarratt Webb, Vice President, CIC, joined Nansemond Insurance in 2009.  He is a graduate of Randolph Macon College.  Prior to joining Nansemond, Jarratt worked for 84 Lumber Company as an outside salesman for seven years in the Richmond and Tidewater regions of Virginia.  Jarratt specializes in commercial business insurance in Virginia, North Carolina and South Carolina.  He has formed a specific niche in the transportation and warehousing industry focusing on local and regional transportation. Jarratt attended the Travelers Insurance School and State Auto’s Pacesetter Program.  He is a member of the Tidewater Motor Truck Association.  Jarratt is married to Emily, and they have two sons.  He is a member of First Presbyterian Church in Norfolk, VA.  Jarratt enjoys hunting, fishing and spending time with his family.