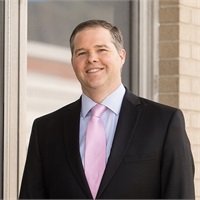 Joby joined Nansemond Insurance in 2003 after two years in Ferguson Enterprises management and sales training program in Richmond. Joby was raised in Suffolk graduating from Nansemond Suffolk Academy. He graduated from Virginia Tech in 2000. He works with various commercial operations throughout Va and North Carolina developing specific expertise in the transportation industry. Joby attended the Hartford Insurance School and State Auto’s Pacesetter program. He is a member of the Hampton Roads Traffic Club and has served on the board. Joby is married to Mindy, a teacher at a local pre-school, and they have a son and daughter. Joby enjoys spending time with his family, duck hunting, and following Virginia Tech football. He has served on the board of the Nansemond Suffolk Pop Warner Football Association and has volunteered as a coach. Joby is a member of St. Paul’s Episcopal Church in Suffolk where he has served on the Vestry and as Junior and Senior Warden.