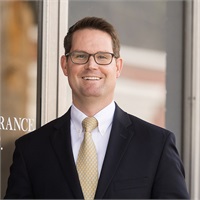 Michael joined Nansemond Insurance in May of 2012. Originally from South Africa, Mike is a graduate of Varsity College of Cape Town with a degree in International Marketing and Management. Prior to joining Nansemond Insurance, he was a Marine Insurance Underwriter for Starr Companies in New York City. He attended the Travelers School for Insurance and was involved in State Auto’s Pacesetter Program. Mike began his life in the USA as a first officer in the private mega yacht industry. He and his wife Rebecca moved to her hometown of Suffolk, VA in April 2012 and now have two daughters. Mike enjoys golfing, hunting, fishing and travelling. Mike attends Community Church of Suffolk.